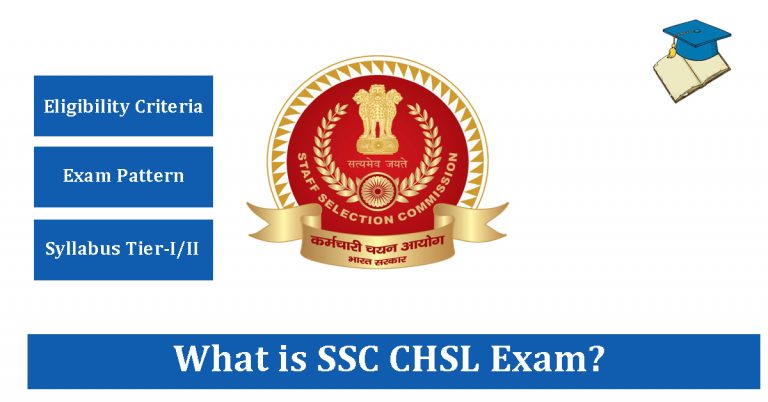 What is SSC CHSL

SSC CHSL is national level recruitment exam conducted by Staff Selection Commission every year for various posts in government departments, offices, and ministries. It is a computer based test.

We have covered the following topics:

The eligibility criteria for SSC CHSL are:

The examination consist of three tiers:

The total duration of exam is 60 minutes. There is no sectional timings.

The questions will be set both in English & Hindi for Part-II, III & IV.

There is negative marking of 0.50 marks for each wrong answer

Skill Test/ Typing Test for the shortlisted candidates is conducted on the computers provided by the Commission. This test is of qualifying nature.

The indicative syllabus for SSC CHSL Tier-I subject-wise is as follows: