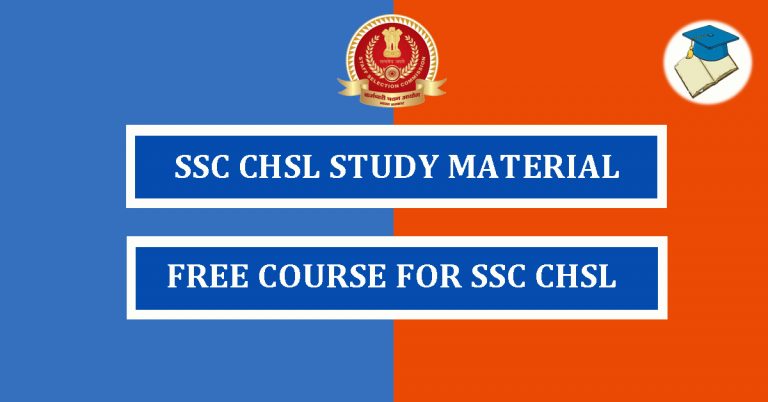 Under this SSC CHSL course, we will post free online study material for SSC CHSL 2022 exam. This course is exclusively designed for the Tier-I preparation as per latest SSC CHSL syllabus. Check out official notification before starting your preparation.

So lets’ get started and keep visiting this page everyday as content is updated on daily basis. The SSC CHSL study material consists of videos, PDFs and MCQs.

Join our Telegram Channel to get latest updates and Study Material

We have divided this SSC CHSL study plan into four parts:

We will cover following areas under general awareness:

If you have 6 months of time to prepare for SSC CHSL, then you must start with NCERT books. Read NCERT book of class 6th to 10th.

Those aspirant who are not left with much time, you guys just buy Lucent General Knowledge. Now lets’ study important topics of History for SSC CHSL.

We have divided the Indian History into three parts:

The maximum number of questions in SSC CHSL are asked from Modern History. So, lets’ get started.

Will be uploaded soon

Will be uploaded soon