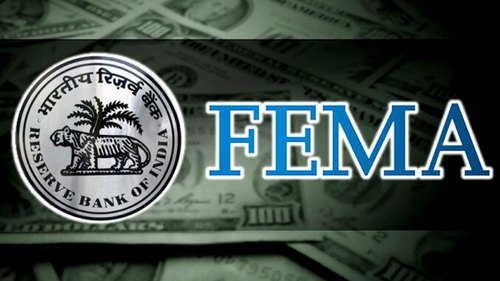 Here is the next quiz in the quiz/MCQ series for Principles and Practices of Banking. This post covers the topics of FEMA MCQ. Answers are given at the end of the quiz.

Q1. Which act governs the foreign exchange management in India?

Answer: (1)
The Foreign Exchange Management Act, 1999 (FEMA), is an Act of the Parliament of India “to consolidate and amend the law relating to foreign exchange with the objective of facilitating external trade and payments and for promoting the orderly development and maintenance of foreign exchange market in India”.

Answer: (3)
FEMA was enacted by Parliament of India and it came into force on 1st June, 2000. There are a total of 49 Sections divided into 7 chapters.

Q3. Name the authority that regulates the Foreign exchange in India?

Answer: (2)
The Reserve Bank of India (RBI) is an apex institution that regulates and monitors the system of foreign remittances directly or through its subsidiary bodies in India. It is the sole regulator of foreign exchange in India and maintains the value of the rupee in the global economy.

Q4. Who investigates the contravention of provisions of FEMA 1999?

Q5. Who have been authorised by RBI to deal in foreign exchange transactions?

Answer: (4)
An Authorised Dealer (AD) is any person specifically authorized by the Reserve Bank under Section 10(1) of FEMA, 1999, to deal in foreign exchange or foreign securities and normally includes banks.

Q6. FEMA was made applicable with effect from ____