RoDTEP Scheme | Remission of Duties and Taxes on Exported Products 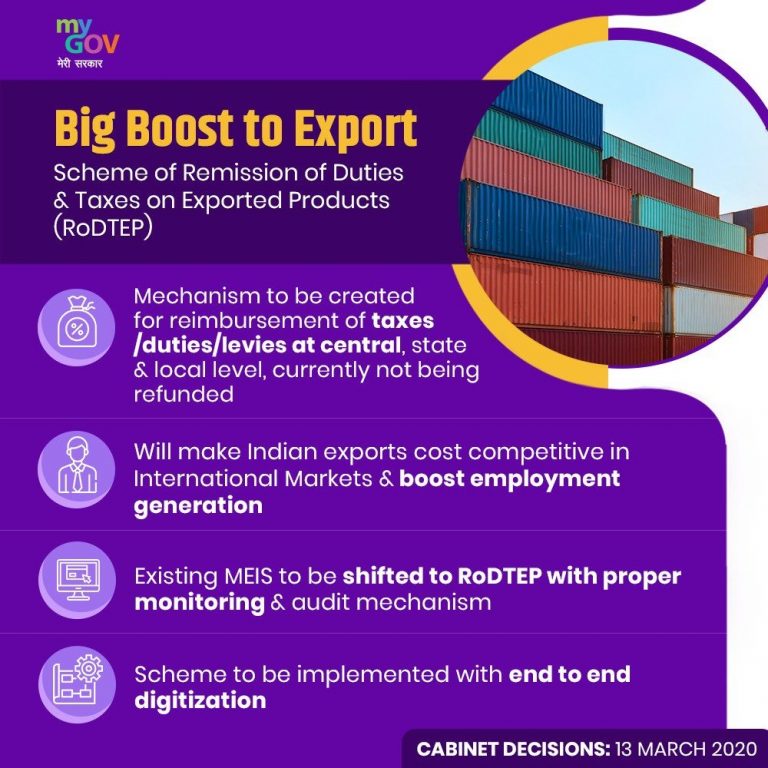 The government announced that the Benefit of Remission of Duties and Taxes on Exported Products – RoDTEP scheme will be extended to all export goods from January 1, 2021. The scheme has replaced the current Merchandise Exports from India Scheme.

RoDTEP is based on the principle that taxes and levies borne on the exported products should be either exempted or remitted to exporters unlike the Merchandise Exports from India Scheme (MEIS), which is an export incentive scheme.

Remission of Duties and Taxes on Exported Products – RoDTEP scheme

We hope you liked this article on RoDTEP Scheme. Here are some useful government schemes for you to read next: