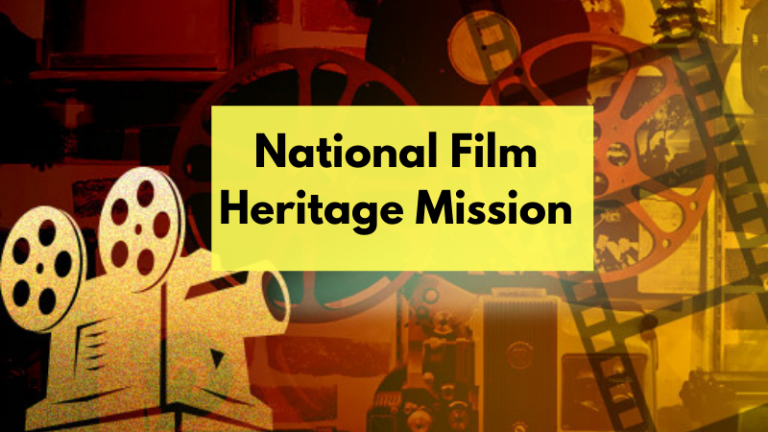 National Film Heritage Mission (NFHM) was launched by the Ministry of Information and Broadcasting in the year 2016. It is aimed at Preservation, Conservation, Digitization and Restoration of rich cinematic heritage of the country.

It has been an endeavor to source, acquire and preserve the cinematic heritage of all periods of Indian cinema for preservation, conservation and restoration

The objectives of National Film Heritage Mission are:

National Film Archive of India (NFAI) is the nodal organization for the implementation of this project.

The project was set up at a cost of Rs 597.41 crore.. Out of the total outlay of ₹597 crore earmarked for this mission, ₹363 crore will be utilised exclusively for restoration purposes, making it one of the world’s largest film restoration projects.