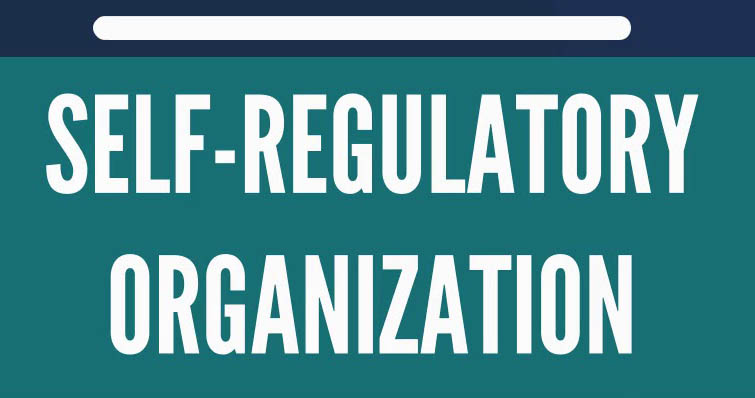 A Self-Regulatory Organisation (SRO) is a non-governmental organisation that sets and enforces rules and standards relating to the conduct of member entities in the industry, with the aim of protecting the customer and promoting ethical and professional standards.

The SRO is expected to resolve disputes among its members internally through mutually accepted processes to ensure that members operate in a disciplined environment and even accept penal actions by the SRO. An ideal SRO would function beyond the narrow self-interests of the industry and address larger concerns, such as protecting customers, furthering training and education and strive for development of members, the industry and the ecosystem as a whole.

Regulations, standards, dispute resolution and enforcement by an SRO get legitimacy not just by mutual agreement of its members, but also by the efficiency with which self-regulation is perceived to be administered. Such regulations supplement, but do not replace, applicable laws or regulations.

Characteristics of an Self-Regulatory Organisation

Eligibility for Recognition of an SRO by RBI

Functions and Responsibilities of the Recognised SRO

We hope you liked this article on Self-Regulatory Organisation. Here are some useful articles for you to read next: