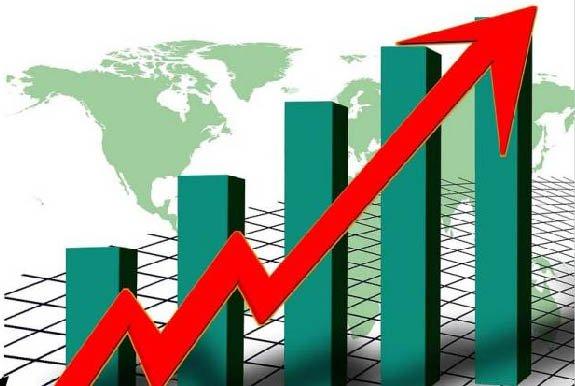 Inflation is defined as a sustained rise in the general level of prices of goods and services over time. It is caused by disequilibrium between aggregate supply and aggregate demand. The price rise should be persistent over the period of time to be said as inflation.

Inflation is measured by price index. A price index is a weighted average of prices of number of goods and services; therefore it does not represent the price of single item. There are two types of price indices:

Bases on demand side or cost side factors, generally there are two causes of inflation:

Depending upon the rate of increase in price level, Inflation may be classified into three categories:

Reflation is fiscal or monitory policy measure to increase money supply by increasing public expenditure, reducing tax rates, interest rate cuts etc to boost demand in economy. This measure is usually taken after a recession in business cycle to increase the level of economic activity.

Stagflation is a situation of persistent rise in inflation along with dip in growth and increase in unemployment.

Deflation is the situation where prices fall continuously or have tendency to fall. It can rise when aggregate demand is less than aggregate supply.  It is characterized by fall in output, increase in unemployment and general slowdown of economic activities. The period of great depression from 1929 to 1933 is an example of deflation. During deflation, the prices fall and the value of money rises, hence debtors are the losers and the creditors are the gainers. Wage earners and salaried persons gain during deflation because with the falling prices, the wages and salaries cannot be reduced. Also the debenture and bond holders gain because income remains constant while price falls and equity holders loose because their incomes fall with the falling prices.

Inflation is better than deflation

It is a phenomenon where there is a price rise of one or a small group of commodities over a sustained period of time. Skewflation is a state in which the economy shows the characteristics of both inflation and deflation. A small Skewflation, usually of up to 2%, is natural for a rapidly growing economy

Inflation erodes the value of money and the holders of cash suffer during the process.

The retarding effects of inflation

Pulses are the major contributor of persistently higher food inflation

Some of the fiscal measures to contain inflation are:

An inflationary gap is a macroeconomic concept that describes the difference between the current level of real gross domestic product (GDP) and the anticipated GDP that would be experienced when an economy is at full employment, also referred to as the potential GDP. The inflationary gap is so named because the relative increase in real GDP causes an economy to increase its consumption, which causes prices to rise in the long run. It exists when the demand for goods and services exceeds production due to factors such as higher levels of overall employment, increased trade activities or increased government expenditure

When the potential GDP is higher than the real GDP, the gap is referred to as a deflationary gap.

Price of goods is determined as much as by their supply as by the cost of transportation. For example, apples of Himachal Pradesh are consumed in Kerala. Rise in fuel cost are passed on by truck fleet owners down the chain to the consumer. Accentuated inflation prompts the central bank to raise the interest rate there by making borrower costlier. Higher interest rate keeps supply of money in check and control inflation.