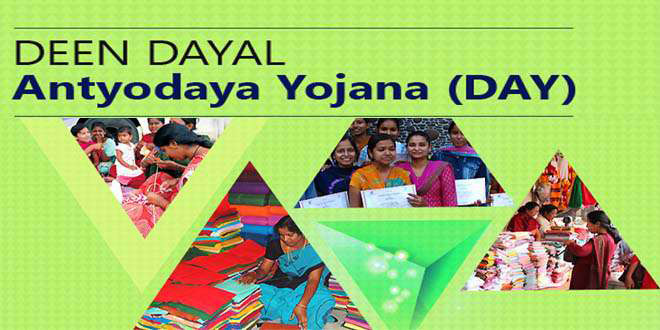 The scheme has two components one for urban India and other for rural India:

The focus of urban component of DAY is on:

The scheme is a flagship programme of the Ministry of Rural Development (MoRD) that seeks to alleviate rural poverty through building sustainable community institutions of the poor. The centrally sponsored programme seeks to reach out to 8-9 crore rural poor households and organize one woman member from each household into affinity-based women SHGs and federations at village level and at higher levels. As part of its non-farm livelihoods strategy, DAY-NRLM is implementing two schemes:

We hope you liked this article. Here are some useful government schemes for you to read next: