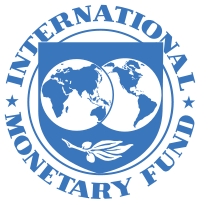 International Monetary Fund (IMF) is an international organization headquartered in Washington, D.C., in the United States, of 189 countries working to foster global monetary cooperation, secure financial stability, facilitate international trade, promote high employment and sustainable economic growth, and reduce poverty around the world. Formed in 1944 at the Bretton Woods Conference, it came into formal existence in 1945 with 29 member countries and the goal of reconstructing the international payment system. Countries contribute funds to a pool through a quota system from which countries with payment imbalances can borrow. As of 2010, the fund had SDR 476.8 billion, about US$755.7 billion at then-current exchange rates. Through this fund, the IMF works to improve the economies of its member countries.

A Special Drawing Right (SDR) is basically an international monetary reserve asset. SDRs were created in 1969. The value of an SDR consists of the value of four of the IMF’s biggest members’ currencies—the US dollar, the British pound, the Japanese yen, and the euro—but the currencies do not hold equal weight. SDRs are quoted in terms of US dollars. The following chart shows the current valuation in percentages of the four currencies.

The Headquarters of IMF is situated at Washington, D.C.

The IMF supports its membership by providing

IMF Board of Governors

Kristalina Georgieva was selected Managing Director of the IMF on September 25, 2019. She assumed her position on October 1, 2019