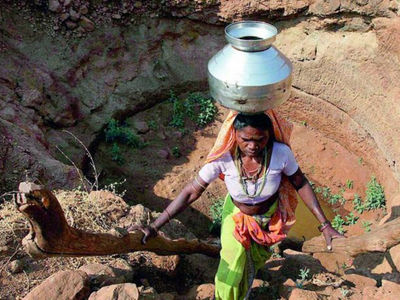 The scheme with a total outlay of Rs.6000 crore will be implemented over a period of 5 years. It aims to improve ground water management through community participation in identified priority areas in seven States .The states identified are

Out of the total outlay of Rs. 6000 crore for the scheme, 50% shall be in the form of World Bank loan. The remaining 50% shall be through Central Assistance from regular budgetary support. The burden of repaying the World Bank loan will be borne by the Centre. The India government and the World Bank on has signed a USD 450 million loan agreement to support Atal Bhujal Yojana

Implementation of the scheme is expected to benefit nearly 8350 Gram Panchayats in 78 districts in these States. Reflecting Bapu’s Gram swarajya ideology, Atal Bhujal yojana will promote panchayat led ground water management. 15 crore houses will get piped water by 2024. Nearly Rs 3.6 lakh crore will be spent on achieving this target. To incentivise gram panchayats to perform better in water management,  a provision has been made in the Atal Jal Yojana, in which better performing gram panchayats, will be given more allocation.

We hope you liked this article on Atal Bhujal Yojana Here are some useful government schemes for you to read next: