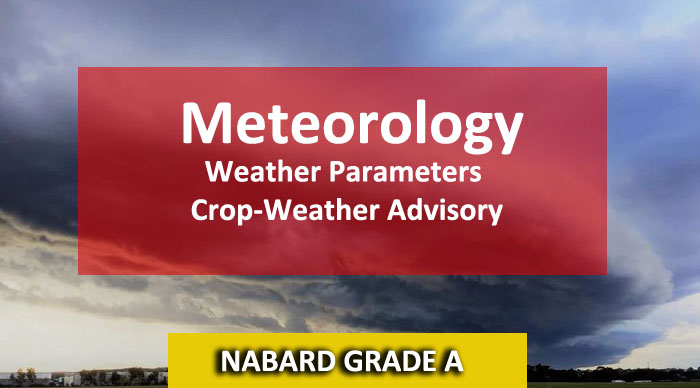 Meteorology is a branch of science dealing with atmosphere. The physical state of the atmosphere at a given place and time is referred to as “weather”. The study of weather is called ‘meteorology’

A state or condition of the atmosphere at a given place and at a given instant of time is called Weather. The different weather elements are solar radiation, temperature, pressure, wind, humidity, rainfall evaporation, etc. is highly variable. It changes constantly sometimes from hour to hour and at other times from day to day.

It is a known fact that variable weather plays a dominant role in year-to-year fluctuation in crop production; both in rain fed or irrigated agriculture. Though complete avoidance of farm losses due to weather is not possible, however losses can be minimized to a considerable extent by making adjustments, through timely agricultural operation and accurate weather forecasts.