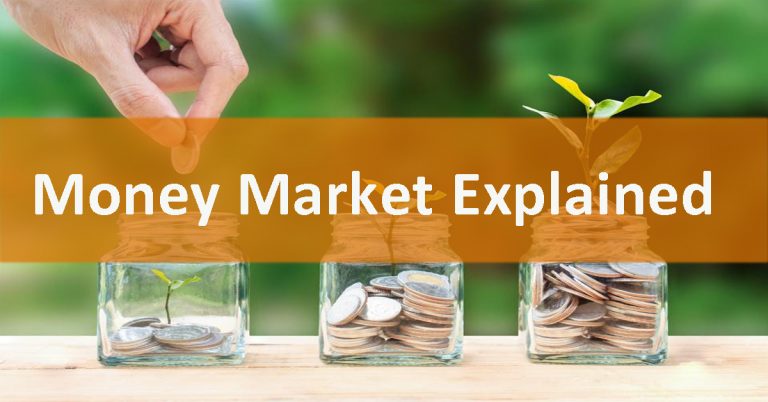 Money market is market for short-term borrowing and lending of funds. It is the place to meet demand and supply of short-term funds. The short-term means period of 364 days or less. The function of money market is to meet the liquidity gap. Money market securities are liquid in nature.

Money market is very important segment of Indian Financial System. The money market in India is regulated by Reserve Bank of India (RBI)

The objectives of money market are:

Money market instruments are those tools or securities which helps in operating in the money market.

Call Money, Certificate of deposits and Treasury bills are mainly used by government and banks, whereas Commercial papers and Commercial bills are used by corporates and intermediaries to meet their liquidity requirements.

The call money market deals with borrowing and lending of funds for one day. The participants in this market are mostly banks, therefore it is also called interbank call money market. This market is a purely unsecured market as no collateral is offered for securing the funds and there are no brokers involved

The following entities shall be eligible to participate in the Call, Notice and Term Money Markets, both as borrowers and lenders:

These bills are issued to meet the short-term funding requirements of the government. Government raises short term funds through T-bills to meet gaps between its revenue receipts and expenditure. Treasury bills are of two types: ad hoc and regular

Commercial Paper (CP) is an unsecured money market instrument issued in the form of a promissory note.

Commercial bill is a bill of exchange used by a commercial firm to raise money for short term need. When a seller sold his goods on credit, the buyer of goods becomes liable to make payment on a specified date in future. The seller draws the bill which is accepted by buyer. On acceptance of bill by the buyer, the bill becomes a marketable instrument called Trade bill or Bill of Exchange. If seller need funds before the maturity of date of maturity of bill, he can approach his bank to get the bill discounted. When trade bills are accepted by commercial banks, they are called Commercial Bills. They are negotiable instruments drawn by a seller on the buyer for the value of goods delivered by him.

Repo is a money market instrument, which enables collateralised short-term borrowing and lending through sale/purchase operations in debt instruments. Under a repo transaction, a holder of securities sells them to an investor with an agreement to repurchase at a predetermined date and rate.

The reverse repo is exactly opposite to repo transaction. In this type of transaction, an investor with temporary surplus cash buys the security and agree to sell it back at a future date at a predetermined price

Role of RBI in Money Market