Here is the Current affairs quiz January 7th 2021 for RBI/NABARD/SEBI in the quiz series. This quiz series is also useful for IBPS/SBI PO, Railway recruitment, LIC AAO and clerical exams. The questions covers current affairs, static financial knowledge and other  important topics which can be asked in competitive exams. Answers are given at the end of the quiz.

Answer: (1)
The 13-lakh strong Army has created a new human rights cell headed by a Major-General for “greater transparency and probity” in its functioning in disturbed areas like Jammu and Kashmir and the northeast. Major General Gautam Chauhan, who was commissioned into the Gorkha Rifles, has taken charge as the first additional director general (human rights) at the Army headquarters in New Delhi.

Q2. The government has prepared a draft bill to increase the age to allow consumption of cigarettes and tobacco products to ________

Answer: (3)
The Centre has prepared a draft bill to increase the age to allow consumption of cigarettes and tobacco products to 21 years from 18 years currently.

Q3. Name the country that has resumed enriching uranium to 20% purity recently?

Answer: (2)
Iran has resumed enriching uranium to 20% purity, in its most significant breach yet of its 2015 deal with world powers to end nuclear sanctions.

Q4. Name the company that is developing the Covid-19 vaccine ZyCoV-D?

Answer: (3)
The International Organization of Securities Commissions is an association of organizations that regulate the world’s securities and futures markets. Its headquarters is situated at Madrid, Spain

Q6. Who has been appointed as the vice chairman of the newly set up Tamil Academy in Delhi?

Answer: (1)
The Department of Art, Culture and Language of the Delhi government set up a Tamil Academy to promote the South Indian language and culture in the Capital. The Ex-Councilor N Raja has been appointed as the vice chairman of the newly set up Tamil Academy 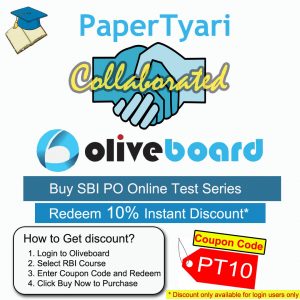 Answer: (4)
Prime Minister Narendra Modi has inaugurated the 450-km Kochi-Mangaluru natural gas pipeline built at a cost of Rs 3,000 crore. The pipeline will carry natural gas from Kochi in Kerala through Ernakulam, Thrissur, Palakkad, Malappuram, Kozhikode, Kannur and Kasargod districts to Mangaluru in Dakshina Kannada district of Karnataka. The 450-km long pipeline has been built by GAIL (India) Ltd

Q8. Name the ministry that has started the ambitious Project of Sagarmala Seaplane Services (SSPS) with potential airline operators?

Answer: (2)
The Ministry of Ports, Shipping and Waterways is starting the ambitious Project of Sagarmala Seaplane Services (SSPS) with potential airline operators.

Answer: (3)
Over 1,700 migratory birds in Himachal Pradesh’s famous Pong Dam sanctuary were found dead under mysterious circumstances. The birds, most of them bar-headed geese, have tested positive for bird flu according to officials, making Himachal the fourth state to report cases of the dreaded avian influenza in recent days.

Q10. Name the state where TRIFED has announced to set up five TRIFOOD Parks?

Q11. Name the country that has recently begun purchasing rice grains from India for the first time in several decades?

Answer: (4)
In a major development, Vietnam has begun purchasing rice grains from India for the first time in several decades. This is despite the fact that the Southeast Asian country is the third-largest exporter of rice in the world

Q12. Name the river over which world’s largest floating 600 MW solar energy project shall be constructed by India?

Answer: (2)
The world’s largest floating 600 MW solar energy project to be constructed at Omkareshwar dam on Narmada river in Khandwa district of Madhya Pradesh will begin power generation by year 2022-23. The estimated investment in this project stands at Rs 3,000 crore

Q13. Where Assam Rifles Public School has been launched recently as a Khelo India Sports School?

Answer: (1)
The Climate Research and Services (CRS) of the India Meteorological Department (IMD) has issued a Statement on Climate of India during 2020. The year 2020 as the eighth warmest year on record since 1901

Answer: (4)
The government has recently announced a national level voluntary online exam on ‘gau vigyan’ (cow science) which will be held on 25th February. This is organized to generate interest among the students and the general public regarding the cow and its benefits. This is the first-ever exam of this kind to be conducted by Rashtriya Kamdhenu Aayog

Q16. According to Global Economic Prospects by World Bank, the Global economic growth is projected to grow by ___in 2021

Answer: (3)
The World bank released the Global Economic Prospects. The global economy is expected to expand by 4 per cent in 2021, assuming an initial COVID-19 vaccine rollout becomes widespread throughout the year

Q17. Name the state/UT that issued guidelines to reduce the weight of school bags for students?

Answer: (1)
The Insurance Regulatory and Development Authority of India (Irdai) has decided to introduce a standard home insurance policy that will cover the risks associated with natural calamities like cyclone, flood, earthquake and also fire.

Q19. Name the country with which India has recently signed an MoU to facilitate movement and approval of skilled workers from India?

Answer: (4)
The Reserve Bank of India (RBI) has announced the operationalisation of the payment infrastructure development fund (PIDF) scheme. An advisory council (AC) under the chairmanship of RBI deputy governor BP Kanungo has been constituted for managing the PIDF

Q21. Who became the first woman to officiate at a men’s Test match?

Q22. Name the high court that has ruled that using the name of God to sell any article claiming that it had supernatural powers is illegal?

Answer: (3)
The Bombay High Court ruled that using the name of God to sell any article claiming that it had supernatural powers is illegal. The court added that it falls under the Maharashtra prevention and eradication of Human sacrifice and other inhuman, evil, and Aghori practices and black magic act

Answer: (2)
Khadi and Village Industries Commission has signed MoU with Indo-Tibetan Border Police, ITBP for supply of 1,72,000 cotton durries every year. The total value of these durries is eight crore 74 lakh.

Answer: (4)
The government has decided to form a committee to protect the language, culture and land of Ladakh and ensuring citizen’s participation in the Union Territory’s development.  The Committee will be headed by the Minister of State for Home G Kishan Reddy and will include elected representatives from Ladakh, Ladakh Autonomous Hill Development Council, central government, and the Ladakh administration

Q25. Name the head of academic advisory council set up by RBI to advise the full-time director of the central bank’s College of Supervisors (CoS)?

Answer: (2)
The Reserve Bank of India (RBI) has set up an academic advisory council with former deputy governor N S Vishwanathan as the chairperson to advise the full-time director of the central bank’s College of Supervisors (CoS)

You may also like to read: Current Affairs Quiz January 6th 2020